LA (and California) Got Jobbed by the Rent Relief Package 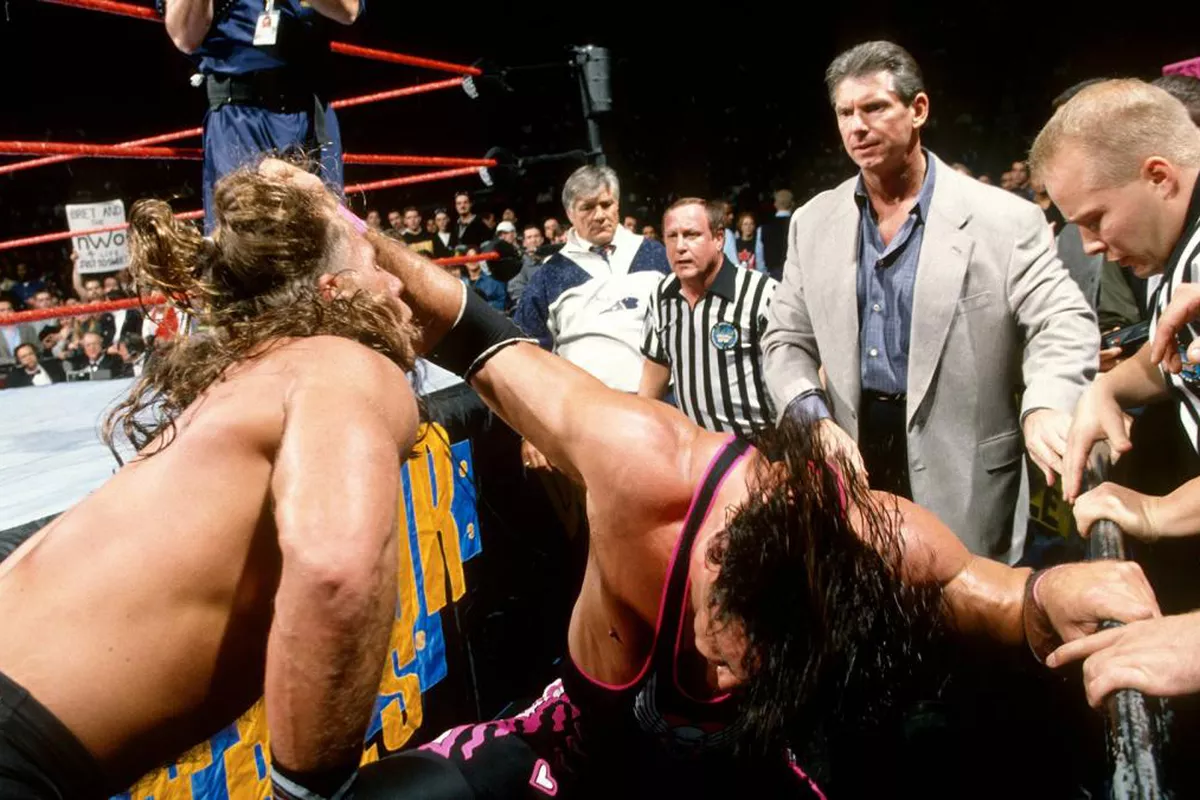 In the last federal stimulus package, the one from December, there was $25 billion dedicated to rental assistance for low-income tenants. This is good!

California is getting a little more than 10% of that money — $2.6 billion. This seems stupid. We should be getting more.

California makes up 12% of the population of the US.We have a higher percentage of renters than the average state (45% to 37% nationally).Our median rent is the second-highest in the country, just behind the state that is an actual island paradise.California has the third-highest unemployment rate right now (Hawaii also #1).

You’re telling me Montana got $200 million for rent relief in this package? That’s like $200 per person! We only got $62 a person! $62 in California buys you a carton of eggs. Montana doesn’t even want this freaking money! They’re holding back $183 million of it “in reserve”!!!

A powerful man, looking harried and desperate for a win, is speaking to a digital scrum of reporters and members of the public. His constituents are tired of severe shutdown measures. He feels pressure mounting from all sides – but especially from corporate interests – to produce some good news. New daily Covid cases have fallen sharply and a key metric that tracks the disease’s spread has fallen far below the level at which new daily cases might be expected to grow in the coming days.

While admitting things are looking up and acknowledging the feelings of hope inspired by the still new vaccine rollout, he stops short of giving in to demands to relax restrictions. His administration, he says, will take a look at the matter in mid-February and not before. He concludes: “I think people want to see us making sure we don’t throw [recent progress] away by having a premature relaxation and then another big surge of infection.”

What is up with this new California variant? 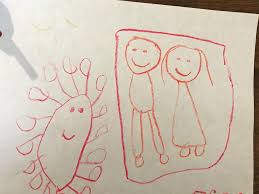 Very excited to announce that California has formed a brand partnership with a terrifying new COVID strain. The “California variant” has now received a dedicated headline in the LA Times, the San Francisco Chronicle, the New York Times, the Washington Post, and DEADLINE, BABY!!!

All of these articles mention the fact that this new variant might be more transmissible and also might be more resistant to available vaccines — which, if true, would be at least in the running for the most devastating single development in human history.

I read all the articles about this variant, completely lost my shit, and then looked into the data a little more. Now I am an expert and will calmly share the knowledge I’ve accumulated.

Let’s start with the reasons this strain might be something to worry about, followed by the reasons […]

A Co-Conspirator on City Council

As City Councilmember Mitchell Englander drove in furtive circles through the thicket of one-way streets downtown, he turned to his passenger and whispered under the din of the radio. Moments before, he had boosted the volume to an ache-inducing roar, the better to hide his words if someone happened to be listening. It was imperative that no one should hear him roughly coaching the man sitting next to him to deliver short rehearsible falsehoods:

“You just say ‘I was so drunk I don’t remember calling.’”

“‘No I didn’t arrange a massage for anybody.’”

“‘He asked me a couple times how much does he owe me, he and John owe me, and I didn’t have an amount.’”

Englander: “I couldn’t be happier… we couldn’t ask for a better representative for CD12.” Quote and screen capture from Councilmember John Lee’s Public Swearing-In Ceremony.

The passenger, Andy Wang, a purveyor of […]

We Built This Target 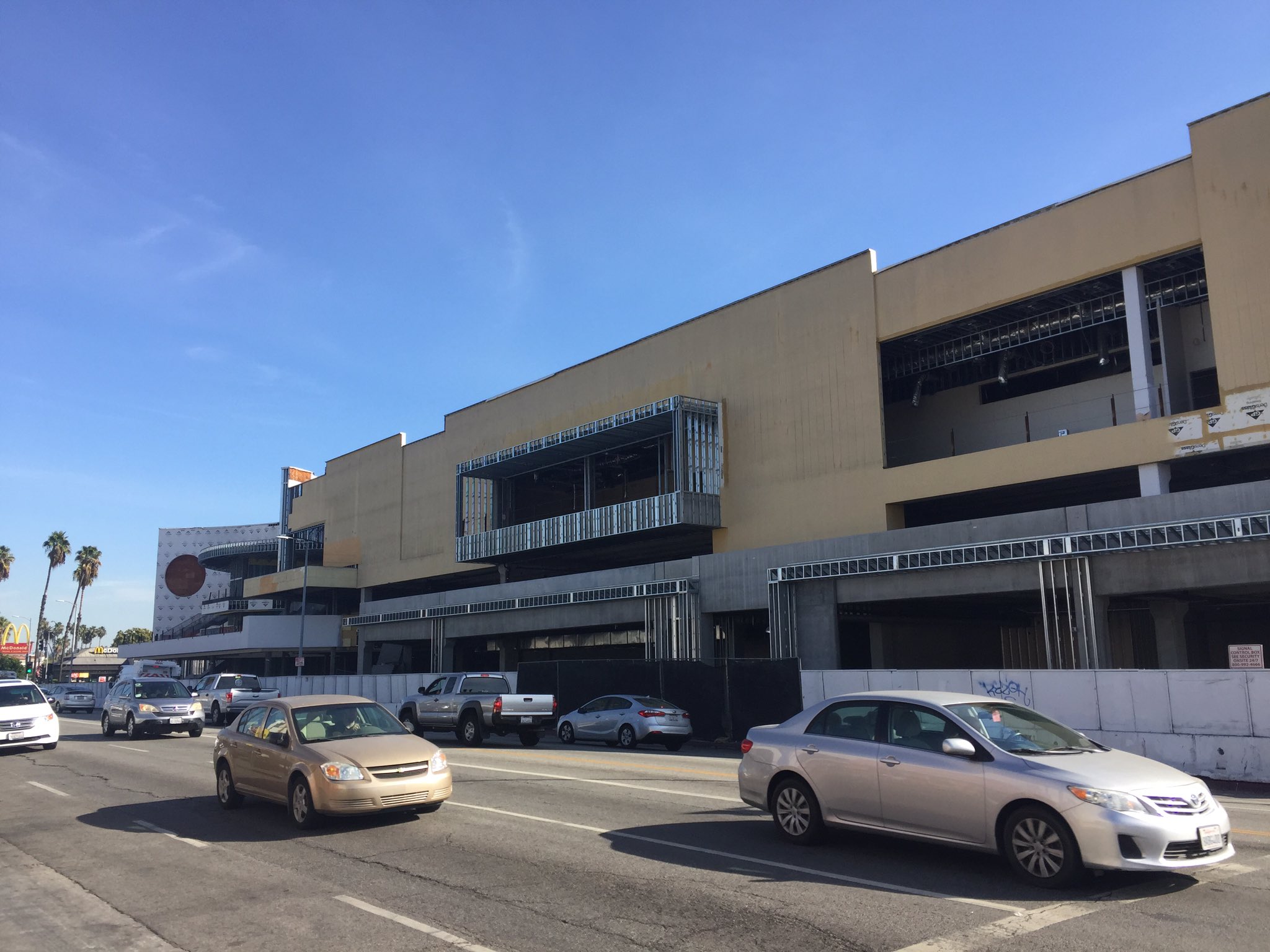 An LA Podcast exclusive: Alissa performs an original song from her forthcoming album Knee Deep in the CEQA 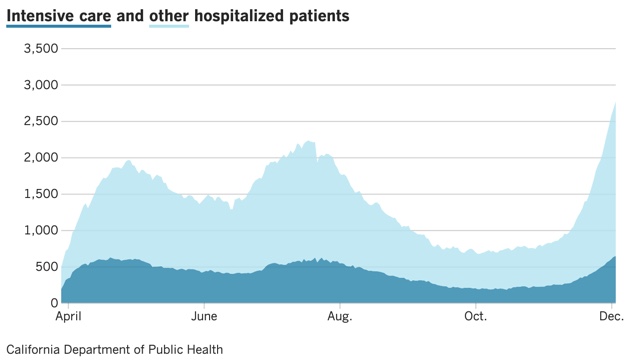 Last night, the available ICU capacity in the counties that make up the state’s new definition of “Southern California” dropped to 13.1% — a decrease of 7.5 percentage points from the previous day.

This is happening in a terrifying context in LA County: almost every metric of the pandemic’s severity is picking up speed right now.

Three weeks ago, there were 966 people hospitalized with COVID in the county, and about 2,500 new cases a day. At the time that was cause for mild panic — it was a significant increase from what we’d been seeing a few weeks earlier, and public health officials started sounding the alarm and urging people to stay home.

Yesterday there were 2,668 people in the hospital and 8,860 new cases. Both are records. We will set new ones when the updated numbers come out this afternoon. This is unequivocally the most dangerous […] 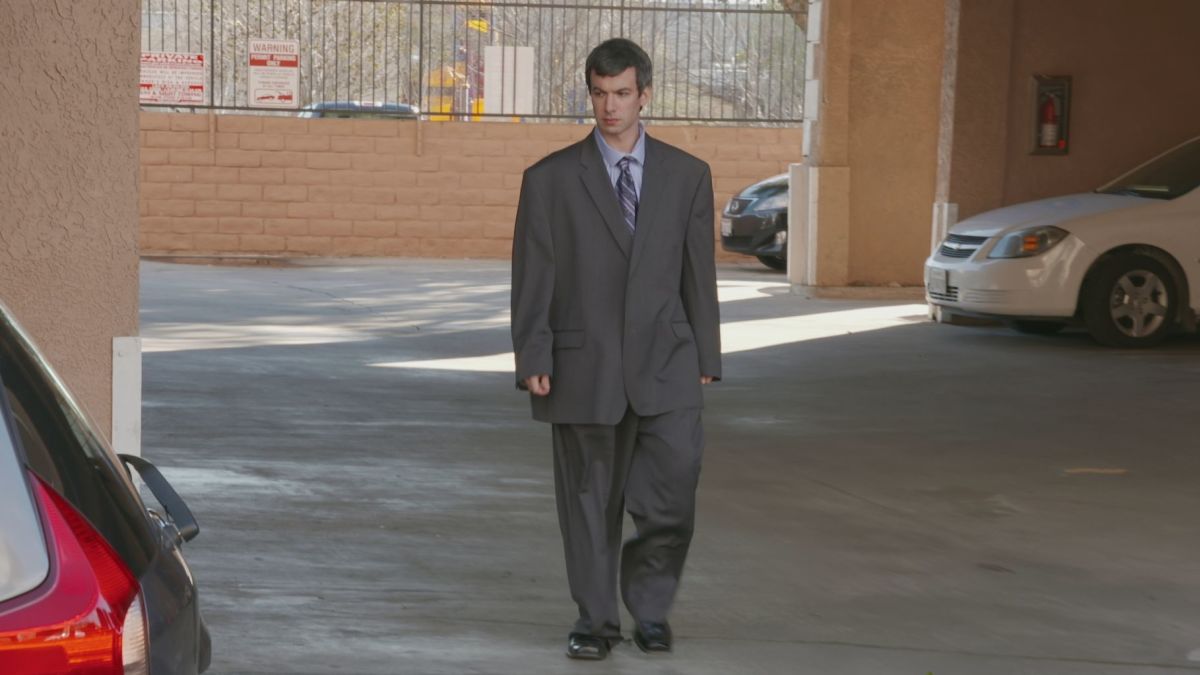 Absolutely wild article in the LA Times this week by Sammy Roth, superstar energy reporter (subscribe to his climate newsletter). This story is about the natural gas industry using race and progressive language to promote fossil fuel use. A lot of it is about SoCalGas.

The Southern California Gas Company is the company that distributes gas to every home in Los Angeles. Their natural gas, is wafting around menacingly underneath your building right now. Two days ago you probably burned the SoCalGas piped into your kitchen to brown the cranberry onions and broast the turkey beans.

Many people think SoCalGas is a city-owned utility, because they associate it with the Department of Water and Power. It is not. SoCalGas is a private corporation and always has been. They started with 43 gas lamps along Main Street downtown in 1867 and are now the largest natural gas distribution utility in America. They […]

The picture with a lot going on 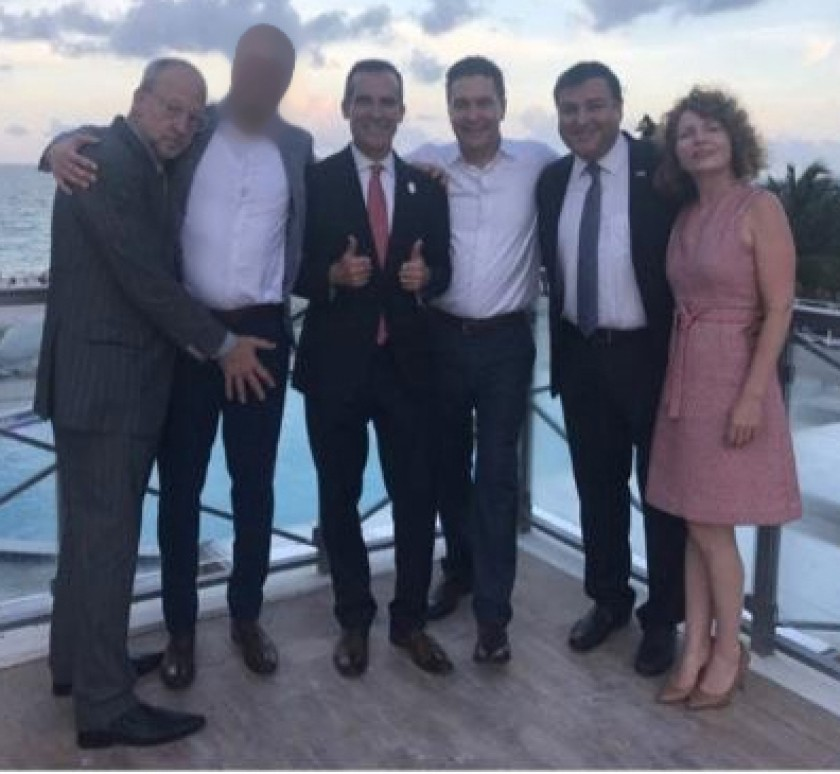 On Friday, reporter Jim Rainey at the LA Times published the above photo.

The photo shows Rick Jacobs, one of Mayor Garcetti’s closest advisors, acting as if he’s grabbing the crotch of a blurred-out, unnamed person at the 2017 US Conference of Mayors in Miami. It’s a group shot, with Garcetti just on the other side of the person who Jacobs is pretending to grope, giving a double thumbs-up.

This photo arrives after a month of allegations regarding Jacobs’s history of sexual harassment and assault while in Garcetti’s circle — with multiple victims claiming that his misconduct took place with Garcetti’s knowledge. This is happening as the Mayor is being vetted for a position in Joe Biden’s cabinet.

All of that is, of course, the most important stuff going on in this picture. But it’s also worth looking at who else is in it. Everyone in the group shot is very relevant to the operation of LA city government — and […]

Little Treats from the CD4 Race 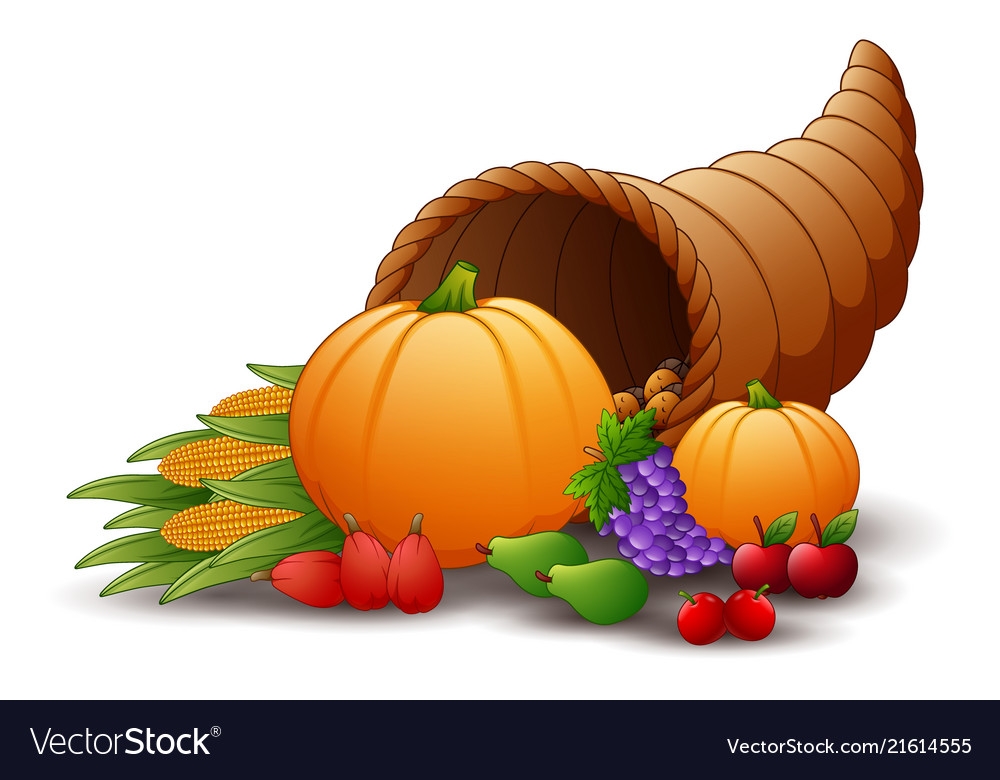 After every good election there is the Treat Harvest — going online and gathering fun articles and posts that amplify the nice feelings. Today we reap the harvest’s bounty for the Council District 4 race.

First, some facts to freak your bean:

Nithya Raman has recorded more votes than any LA City Council candidate ever. David Ryu has the second most.Nithya almost definitely got the most votes of any city council candidate in American history (because LA’s districts are so much bigger than any other city’s).She got more votes in her first election than six of LA’s sitting councilmembers combined.She got twice as many votes in her primary as AOC got in the primary that put her into office.There are still more votes coming in.

Apparently in October a team at Loyola Marymount conducted a survey of predictions for who would win various local races, including the CD4 race. The people […]

You worked for a company that was writing editorials 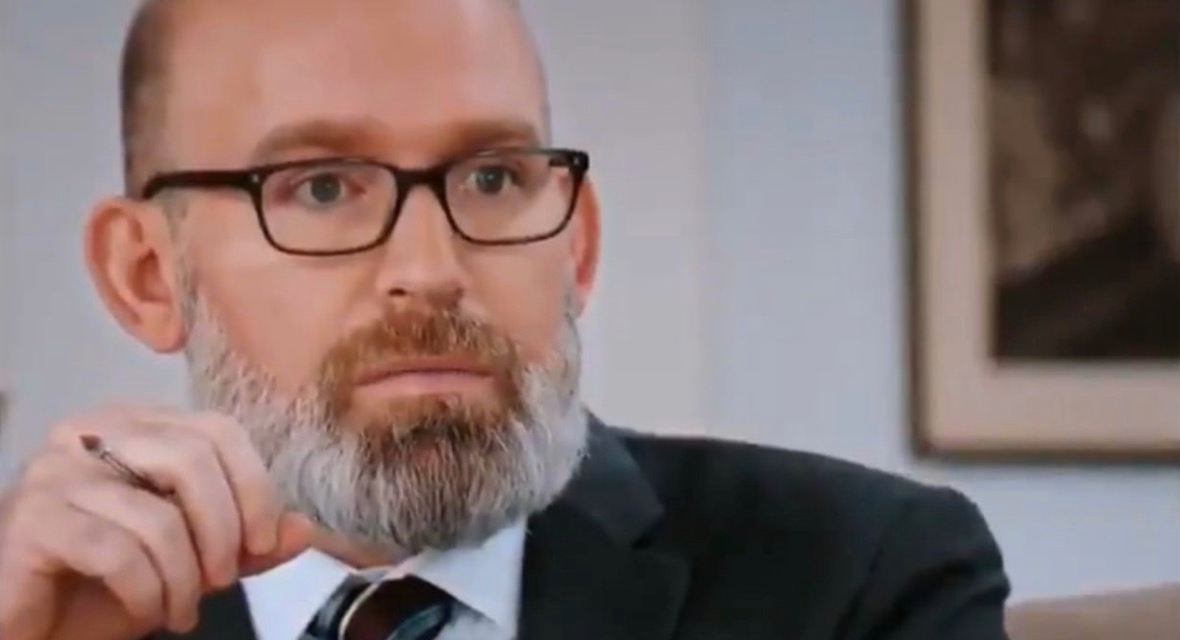 The LAT handed its op-ed page over to Trump voters yesterday. Lots of other people got into it already and I don’t have anything to add. But I do want to selfishly exploit this moment to talk about another choice by the LAT editorial page that has been haunting me for months!

Context: remember how this year’s California primary was moved up from June all the way to March? So we were relevant in presidential politics for the first time in a decade? This move held real significance for the LA Times editorial board: their opinion about who should be president had a chance to actually mean something.

So the board geared up to meet the moment. In early February, they announced which races they’d be endorsing in, including for the Democratic nomination. A bunch of the candidates came to the office for interviews. (I remember someone posted a picture of Bernie during his but I can’t find it now). […]