Naked Athena, Jane Doe: On the power and powerlessness of bodies

In the early morning of July 18, during one of a series of recent confrontations between residents of Portland, Oregon and the federal government, reporters in the field captured one of the most impactful images to date of the popular protests that have riveted the United States since the May 25 murder of George Floyd by Minneapolis police officers.

In photos that have now appeared in print nationally, a woman, who appears to be either white or white-passing and cisgender, sits upright in the glare of the headlamps of a police SUV, naked on the asphalt with her head masked and covered, legs abducted from her midline. Her arms rest on her knees, palms facing upward in a gesture of offering. 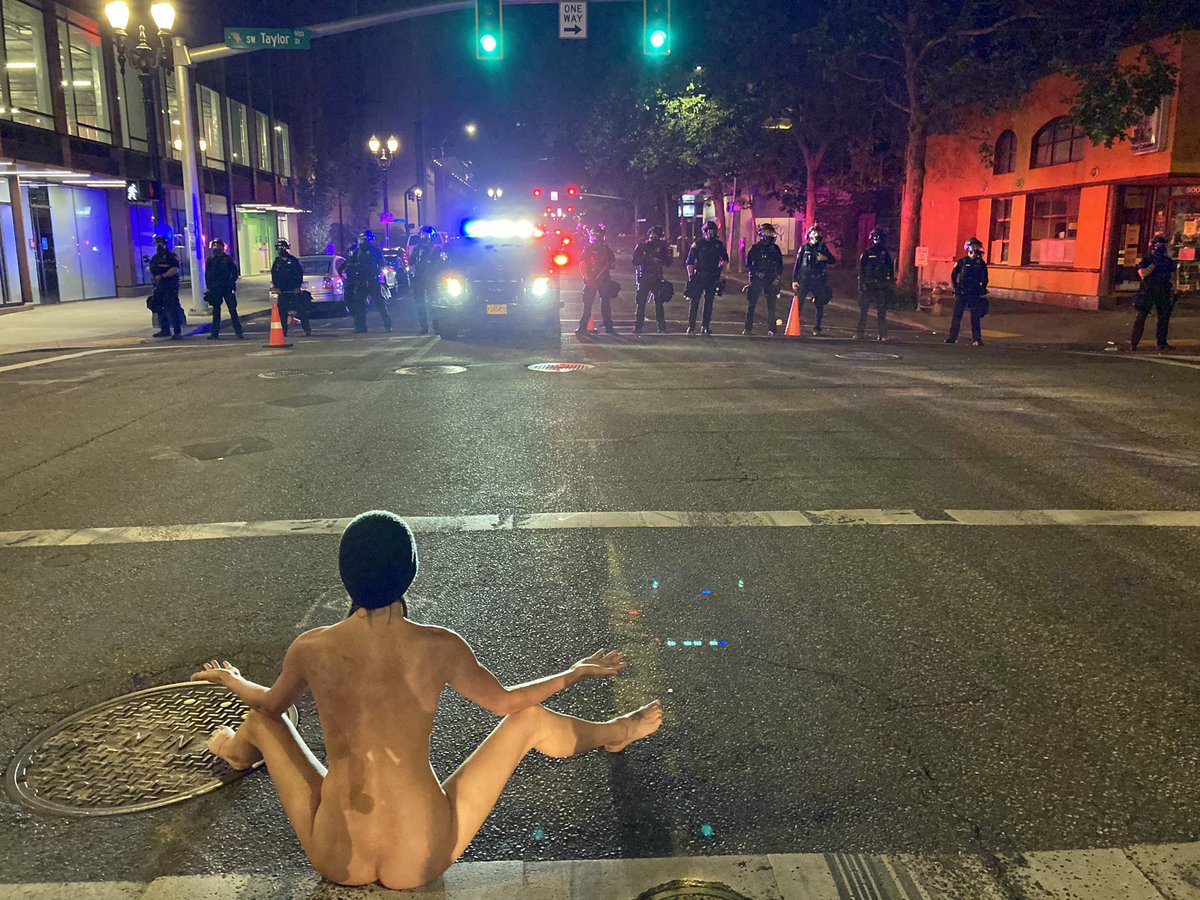 The pose suggests itself as yogic, but I don’t know whether it is or what its meaning might be if so. What transcends the pose is the way the body is opened […]

Does the LAPD Use Tear Gas Or Not?

On Friday, in an interview with The Appeal, Mayor Garcetti was asked if he would push to ban the use of tear gas by LAPD. He replied:

Here’s video of what he said.

He seems kind of PO’d that he’s even being asked about this. Who can blame him? Tear gas is banned by the Geneva Convention for use in war. If I were falsely accused of using tear gas I would probably be upset. And Garcetti knocks down the entire premise with three very direct statements.

It’s not part of our policy.We don’t have that.We don’t use tear gas/We haven’t done that in over 50 years.

But these statements… are they true?

A week ago, the LAPD released a statement clarifying their Use of Force Policy in response […]

Three Suits to the Wind

On May 27th, the U.S. Attorney’s Office for the Central District of California released a plea agreement signed by George Esparza, a high-ranking former assistant to outgoing 14th district councilmember José Huizar. Esparza is only the latest among the members of what appears to be a vast bribery ring in City Hall who has agreed to plead guilty to charges including racketeering, bribery, and attempting to conceal criminal activity from federal investigators.

Over the course of the past three months, the still in-progress investigation led by the attorneys of the Central District’s Public Corruption Section has netted plea agreements from disgraced former District 12 Councilmember Mitch Englander and real estate consultants George Chiang and Justin Kim. The plea deals have thrust to the fore questions about the conduct and integrity of some of the city’s most prominent public figures.

At the same time, these early legal victories have bolstered the FBI’s claims of a years-long and much wider conspiracy […]

On June 5, Los Angeles Times executive editor Norman Pearlstine sent an all-staff email announcing reforms, acknowledging the LA Times’ failures “addressing concerns of people of color in the newsroom,” and “focusing on a white subscriber base even as the city became majority non-white.”

The email was shared with LA Podcast by LA Times employees who asked to remain anonymous.

This has been an extraordinary week during an extraordinary year. Thousands of Americans have taken to the streets during a pandemic to protest longstanding racial injustice, prompted by the deaths of George Floyd in Minnesota and Breonna Taylor in Kentucky. These incidents are the latest in a terrible legacy of state violence against black […]

The Legitimacy Crisis in City Hall

Los Angeles has been torn apart in the past decade by scandal and crisis. The Great Recession that served as the capstone for the criminal administration of George Bush II in the aughts gave way in the Obama years to maybe the most unequal economic recovery in history. The rich became dizzyingly richer, and, in Los Angeles as elsewhere, the average resident was laden down with longer work hours, falling real wages, and ever-more expensive rent.

When we review the unsurpassed challenges we faced here in the 2010s – among them an unconstitutionally overfull prison system, the worst homelessness crisis and the least affordable housing in the country, a resurgent national xenophobia aimed at migrant Angelenos – it is no wonder that we have become so troubled by the apparent incapacity of our leaders to lead. In each case, the response of the City has been faltering and dilatory; in an era that seemed to demand urgency and vision, the council […]

On March 9 – barely more than a week ago, but in a Los Angeles that nonetheless belongs to the irrecoverable pre-pandemic past – Mitchell Englander surrendered himself to federal custody in response to a warrant issued for his arrest. Englander, who, as a councilmember from 2011 until 2018, was until recently one of the most powerful people in the city, now has been formally accused of contriving during the final 16 months of his tenure to obstruct the ongoing FBI investigation into the corruption pervasive within City Hall.

If the indictment, handed down by a grand jury in January and unsealed last week, should prove true, Englander was exercising his influence as a member of the Planning and Land Use Management committee to connect a smart-home and cabinet vendor with some of the wealthiest apartment builders in the county. The indictment details trips to Las Vegas and Palm Springs, replete with clichés of low-rent criminality – gambling, lavish nightlife, transactional […] 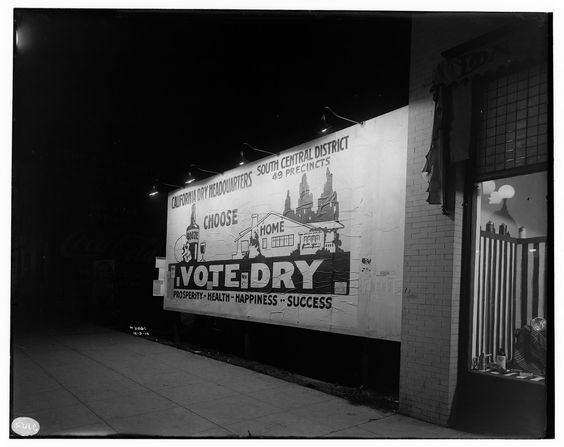 A week ago, when it seemed less stupid for tens of thousands of people to pack together in line to touch the same iPad, LA had an Election Day.

But we have a decent idea of what went down at this point. The newest update should come later this afternoon (Tuesday), at which point this post will be updated.

Here’s what happened in some of LA’s most important local races:

LA has 15 Councilmembers. They’re the most powerful city legislators in the country: each of them has more than 250,000 constituents, they control a $10 billion […]

It’s Monday, March 9th! Last week was a big one, with voters going to their polling places voting centers all over the county for the first major election of the year.

First, Alissa brings up the way that the fear over Coronavirus has and hasn’t changed our behaviors locally. Many of the people who stand potentially at risk of the virus, and particularly seniors, don’t have information from the City and County about the disease. Helping your neighbors out and checking in with them is preparation!

Scott wants to talk about city council redistricting, which will begin ramping up later this year and get going in earnest following the completion of the decennial census. In Los Angeles, redistricting is extremely political and districts are gerrymandered to break up potentially powerful voting blocks. Scott says that as recent election cycles have continued to show the emergence of a powerful progressive politics locally (and perhaps for the first time), city councilmembers might be trying to figure out how to dilute that power during redistricting.

It’s Monday, and we’re back with another episode. Hayes is out of commission (feel better, Hayes!) but Alissa and Scott are holding it down in his absence.

First, we talk about how hard it is to find a Metro electric bike in the central city’s bike share network. It turns out only 40 out of 1000 bikes are electric. This is a bummer for people who are not that into being sweaty when they show up at their destination!

We’ve also been noticing that Uber’s dockless Jump bikes have been making a comeback, after they all but disappeared from city streets following a fight between the ride-hailing giant and the city of Los Angeles over user privacy last fall. Scott and Alissa discuss why Uber is the only company who seems to have a problem with LA’s data requests and whether or not it actually poses a risk for user privacy. At CityLab, Laura Bliss has an article that breaks down the […]